My favorite hotel in Speyer is... 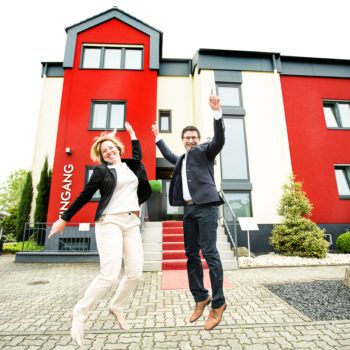 Do you know Speyer?

Welcome to one of Germany’s oldest cities!

This city breathes history: when Speyer was still called Noviomagus or Civitas Nemetum, it was a Roman settlement. Having now some 50,000 inhabitants, the city located on the Upper Rhine ranks among the oldest sites throughout Germany. In the Middle-Ages, Speyer even became one of the major centers of the Holy Roman Empire. Also in other ways, history has left its traces in many places visitors can discover in the historic city center.

The city of Speyer is by the way also home to one of Europe’s largest Romanesque churches: the Imperial Cathedral looking back on a history of more than 1000 years has meanwhile become part of the UNESCO world heritage. By 1020, Konrad II set out to build the largest house of worship of his era. As time passed and sovereigns changed, the cathedral was enlarged over and over again; visitors can however marvel at several highlights remained unchanged such as the crypt, the final resting place of eight German emperors and kings as well as four queens, or the magnificent emperor’s hall with its frescos relocated in favor of the original Romanesque nature of the famous sacred building. And visitors should not miss the splendid panoramic view: the cathedral’s viewing platform offers the perfect panorama of Speyer.

Strolling and sightseeing in front of an impressive backdrop

When it is about historic sites in Speyer’s old downtown, one doesn’t need to look far: beyond the famous Imperial Cathedral, other monuments are quite prominent such as the late baroque city hall, the idyllic St. Magdalena monastery complex, or the Memorial Church. In Maximilianstraße one finds lots of cozy side streets with individual shops and boutiques – there you can quarry for something for hours and find anything from fashion to fish and meat. And since distances are short in the city of Speyer, the historic town gate named “Altpörtel” is not far away. It ranks among Germany’s highest town gates and its tower clock provides another great opportunity for looking out.

Between 1084 and 1349, Speyer was home to an animated Jewish community life still documented by numerous buildings: so one may, among others, marvel at the traditional mikvah or the walls of the medieval synagogue. Other remains of the Jewish heritage can be found at Museum SchPIRA exhibiting, among others, the remnants of the former Jewish cemetery.

As regards culinary delights, the cathedral and imperial city also boasts a record: the Historical Museum of the Palatinate accommodates the world’s oldest liquid wine. Beyond this so-called Roman Wine, there are much more exciting stories around the juice of the grape. The proof is in the pudding, here too – and almost each corner of the city of Speyer provides an opportunity to enjoy a good Palatine wine. Typical taverns and stylish restaurants look forward to spoil their guests.

Let yourself be captivated by Speyer’s history-charged charm and enjoy hospitality and, of course, culinary delights of the Palatinate with passionate hosts: PrivateCityHotels. offer outstanding comfort, combined with cordial service and the personal atmosphere of a privately managed hotel. Book your vacation in Speyer with one of the PrivateCityHotels. of your choice or select one of our other hotels in Austria, Germany, and Switzerland.
Looking for the suitable gift? Gift a vacation, valid in 15 European cities, in more than 55 hotels, as a present or thank-you gift. Vouchers are easily available online in our shop.