My favorite hotel in Nuremberg is... 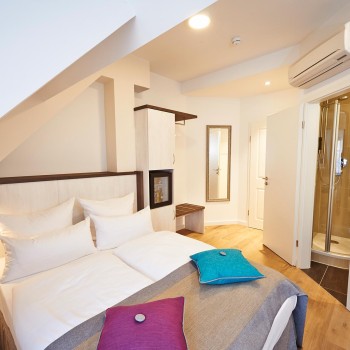 In the romantic castle quarter 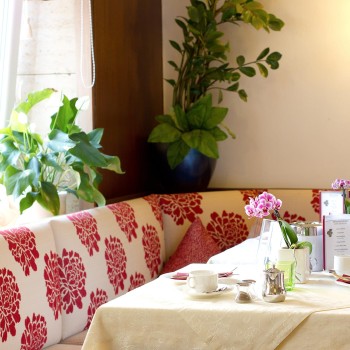 "At home in Nuremberg" 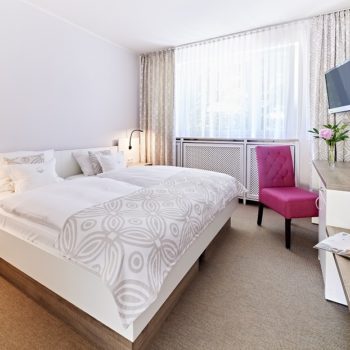 Idyllic grennery - close to the city 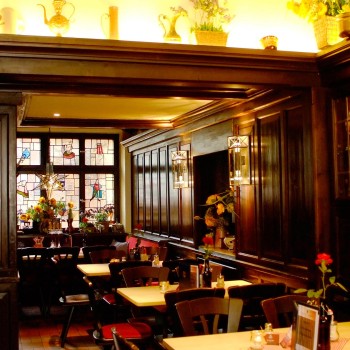 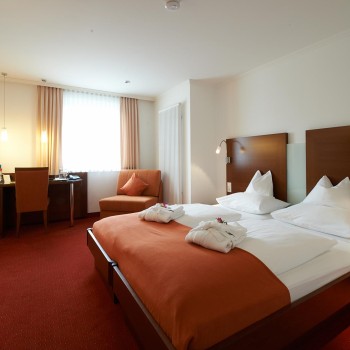 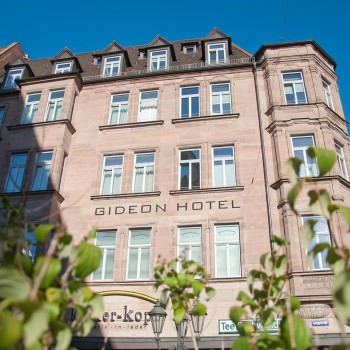 Your lifestyle hotel in Nuremberg 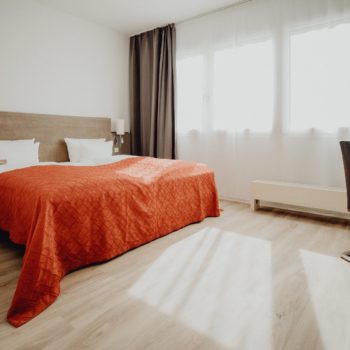 Do you know Nuremberg?

A downtown shaped by medieval influences, Kaiserburg Castle reigning over the city, world-famous concerts, and a diverse culinary scene: The second-largest city in Bavaria is also one of the most popular travel destinations in the Free State. Get to know the best sides of this Franconian metropolis during a short excursion or weekend trip.

Monuments from different eras help you get a feel for the long history of the city of Nuremberg, which was founded between 1000 and 1040. the Kaiserburg, better known as Nuremburg Castle, rises over downtown as the oldest symbol of the city. First mentioned in documentary records in 1105, this imposing castle complex actually consists of two fortresses: the Kaiserburg and the Burggrafenburg. Today, visitors can also tour a field site of the German National Museum and the emperor’s rooms there as well.

One of the most-visited tourist attractions in Nuremberg is the Albrecht Dürer-house in the city’s historic downtown. This ornamented, four-story half-timber house was built in 1420, and was the home and workplace of the famous Nuremberg painter from 1509 until his death in 1528. Today, the museum primarily houses painting tools and materials and printing machines. The top floor is dedicated to a gallery, where visitors can enjoy original versions and prints of Dürer’s most important works. An entertaining multimedia show tracing the life and work of the painter and graphic artist is housed in a modern wing.

Between architecture and ornate fountains

The St. Lorenz-Kirche, the Sebalduskirche, and the Frauenkirche are some of the most important examples of sacred architecture in the city center. Nuremberg’s Justizpalast (Palace of Justice), where the Nuremberg trials were held, and the Reichsparteitagsgelände documentary center tell the modern history of the city. On a stroll through the many enchanting streets and alleys of Nuremberg’s historic downtown, guests will be sure to notice the city’s numerous, artfully designed fountains. One of the oldest fountains in Nuremberg is the Gänsemännchenbrunnen in the square in front of the Neuen Rathaus (New Town Hall), which was cast in 1550 and shows a farmer carrying two geese under his arms. The crude humor of the Ehekarussell (Marriage merry-go-round) makes it a controversial object – the fountain is also called the Hans Sachs fountain, and was cast by sculptor Jürgen Weber, a contemporary of the poet. The Narrenschiffbrunnen (Ship of fools fountain) is by the same artist, taking up the motif of the Albrecht Dürer wood cutting of the same name.

The Meistersingerhalle is a cultural focus and key conference location of the city of Nuremberg, drawing visitors from all over the country. Concerts, galas, and conferences take place regularly in a hall on Luitpoldhain park in southeastern Nuremberg which is named after a Wagner opera. Performances by the Nuremberg Symphony, the Nuremberg Philharmonic, and the Nuremberg Concert Choirs are popular events any music lover should include in their travel plans.

As far as cuisine goes, Nuremberg is famous not only for its gingerbread, but also for its high concentration of breweries. Sip a beer in one of the city’s cozy restaurants or cafés, and enjoy Nuremberger roast sausages or various carp dishes to go along with it.

Nuremberg is a magical place at Christmas time, when the famous Christkindlesmarkt bathes historic downtown in warm light and enticing scents. The Christmas market is rightly known as one of the most beautiful markets of its kind in Germany, and all over the world.

Immerse yourself in Nuremberg’s historic charm, and spend your Bavarian vacation with warm hosts who will offer personal recommendations and excellent service during your city trip. Book your vacation in Nuremberg in one of our PrivateCityHotels. of your choice, orselect one of our hotels in Austria, Germany, or Switzerland.
Looking for the right gift? Give a vacation, redeemable in 14 European cities at over 50 hotels, as a gift or just to say thanks. Convenient online ordering through our gift certificate shop